There are several methods of the abolition of vascular malformations. The most progressive and effective one is laser removal. Aesthetic medicine actively uses this technique in order to help patients get rid of vascular defects quickly and almost without pain.

A lot of people are familiar with skin problems such as vascular spiders, hemangiomas, vascular pattern and other malformations that can bring a lot of inconveniences. In addition to the psychological discomfort caused by such a cosmetic defect (especially if it has appeared on the face), such signs indicate that the walls of blood vessels are weakened.

Erythrosis, telangiectasia (spider veins), rosacea, couperosis are very common skin diseases. Formation of a capillary grid, redness, irritation, swelling, etc are the signs of these diseases. The causes of such phenomena may be different.

Vascular and pigmental skin lesions can be a result of:

If the vascular malformations appear again and again, then you should find out the cause of this phenomenon and eliminate it by all means. This is an important sign to be tested by a vascular surgeon (angiosurgeon) or a phlebologist. By means of a laser, a reliable and effective method of modern cosmetology, it is possible to remove the existing defects.

The mode of laser action

During the session, a laser beam, falling on the skin with enlarged capillaries, penetrates the blood vessel and is absorbed by hemoglobin actively. This provokes the production of thermal energy, as a result, the blood coagulates in the capillary rapidly. Due to this, the process of so-called “soldering” occurs. The vessel adheres and blood stops flowing into it. After some time, the malformation disappears completely.

The results of laser removal

What a patient should expect after the procedure of blood vessels removal with a laser:

The advantages of vessels removal with a laser in “Certus” clinic

Different vascular and pigment malformations (telangiectasia, vascular pattern, etc.) on the face or body can be removed at “Certus” clinic by modern laser equipment. Сurrently, this method is the most effective. You can forget about the vascular spider or other vascular malformation in one session. It will never appear in the same place again.

These advantages of vessels removal with a laser are not the only ones. There are other benefits:

Who cannot undergo the procedure?

Despite the high safety of the procedure, laser exposure is contraindicated in several cases:

The laser method makes it possible to perform safe, effective, almost painless removal of vessels with a guaranteed result. The procedure should be carried out by a highly qualified specialist with special training. These professionals work in “Certus”. 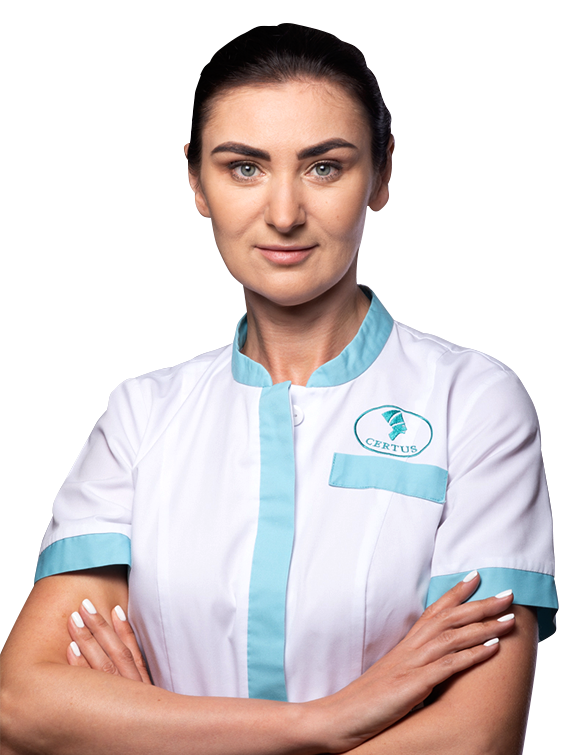 1. PCR test for COVID-19
2. General blood and urine tests.
3. Blood test for sugar.
4. Blood type and Rh factor.
5. Coagulogram (blood coagulation).
6. Biochemical blood test.
7. Blood test for the Australian antigen, hepatitis “C”, HIV.
8. The reaction of Wasserman.
9. Electrocardiogram.
10. The conclusion of the therapist.
11. Certificate of fluorography.
12. For women – a certificate from a gynecologist.

The postoperative period you can spend in our hospital, this service is paid separately – from 100 € to 200 € per day.