A hernia is a protrusion of an internal organ, part of it or internal tissues through natural channels or pathological openings. Nowadays, a hernia in the stomach and esophagus is repaired using laparoscopic surgery. The optimal choice of treatment is determined by a thorough examination of the patient. Operations for such diseases are performed by highly qualified doctors of the “Certus” clinic in Kiev.

The causes of the disease

The cause of a disease such as a diaphragmatic hernia is the displacement of the stomach part, esophagus and its abdominal segment, as well as a number of other organs into the chest cavity through the esophageal opening (the place where the alimentary tract passes from the chest cavity to the abdominal cavity).

The disease can occur due to the special extensibility of the tissues holding the esophagus, the phrenoesophageal ligament, or any of the phrenic legs. This high elasticity can be innate. The cause may also be a deviation called “short esophagus”.

A more frequent reason for the occurrence of such a diagnosis is the patient’s lifestyle, which causes an increase in pressure inside the abdominal cavity. The effect can be created after unbearable sports exercises, due to painful obesity. In addition, an increase in intra-abdominal pressure is associated with ascites – the accumulation of liquid secretions in the abdominal cavity, as well as a number of endocrine diseases. There are examples when the esophagus hernia appeared due to pregnancy or due to weakening of the ligaments in the elderly.

At first, there is an episodic displacement of organs. Exercise, bouts of coughing, vomiting, or uncontrolled food intake can be the cause. Subsequently, such prolapse becomes more frequent and even develops into a chronic one.

Types of hernia of the esophageal diaphragm opening

A common type of hernia is sliding. The disease is characterized by penetration into the esophageal opening of the abdominal part of the esophagus or its end section with a fragment of the stomach. The patient may not always notice a sliding hernia of the alimentary opening, since this type of hernia can manifest itself asymptomatically and painlessly. However, this requires proper functioning of the lower esophageal sphincter. Nevertheless, sphincter function may be impaired. In this case, the contents of the stomach are thrown into the alimentary tract, gastrointestinal reflux occurs. After a certain time, an inflammation process occurs in the lower esophagus, which happens under the influence of an aggressive environment of stomach juice. At the same time, the patient may experience pain when lying down, heartburn, which intensifies after eating. The patient’s painful sensations are of a varied nature – they affect the lower jaw, heart area, neck, even the scapula and sternum. 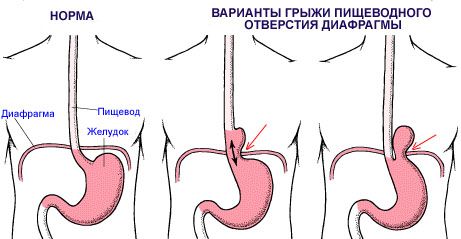 In some cases, a fragment of the stomach can go into the chest cavity, and then the hernia of the diaphragm is called paraesophageal. Exactly with this type of hernia the pain increases when the patient lies on his back. Sometimes painful sensations are similar to pain with angina pectoris, radiating to the lower sternum, shoulder and left arm. The patient has a feeling of bloating or a foreign body in the upper abdomen.

In the background of a hernia of the alimentary part of the diaphragm may occur a peptic ulcer of the alimentary tract. In the absence of proper treatment, it leads to cicatricial narrowing of the esophagus. Reflux esophagitis and chronic acute bleeding from the alimentary tract are also consequences. One of the most serious complications of this type of hernia is esophageal cancer.

To be sure of the diagnosis, it is enough to conduct an X-ray examination of the digestive organs using barium contrast. To specify and assess the patient’s condition, esophagogastroscopy is prescribed.

Treatment of the esophagus hernia

A diet with frequent meals in small portions while treating pathological constipation, is essential for treatment. Exercise therapy also has a positive effect. If you perform a set of certain physical actions, you will be able to avoid a stomach shift. Prescribed medications reduce gastric secretion and acid aggressiveness of the contents of the stomach, normalize dyskinesia of the gastrointestinal tract. If medical therapy does not give results, the question of surgical treatment is raised.

Surgical intervention is prescribed in cases when courses of medical treatment at the hospital were carried out repeatedly, but did not give positive results. It is also used in the treatment of diseases of various etiology and condition:

Diaphragmatic hernia surgeries can be abdominal or thoracic. Nowadays, fundoplication is the most widespread and internationally recognized. This surgery involves suturing the mobilized bottom of the stomach around the esophagus in order to prevent reflux. Within the conservative therapy only a short-term decrease in symptoms is observed without eliminating the cause of the pathology. 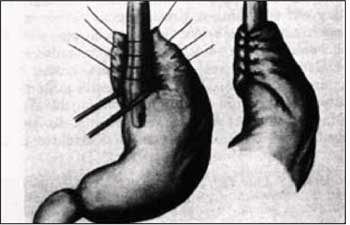 At the same time, the laparoscopic technology eliminates the cause, and also prevents the probability of complications, significantly reduces the length of inpatient stay, and minimizes the intensity of pain in the postoperative period. The duration of the surgical intervention does not exceed 3 hours, while the period of inpatient postoperative observation is reduced to 24 hours.

If the patient has some concomitant diseases, surgical intervention is contraindicated, since it can cause complications of a different nature in the period after the operation. Determining the indications and inadmissibility of surgery for the treatment of a paraesophageal hernia, the risk of surgery should be assessed. It must not exceed the hazard associated with the main disease.

Under the supervision of the doctors in the “Certus” clinic, you will be able to take the necessary tests, a specialist will establish an accurate diagnosis and prescribe the most appropriate treatment, including through surgery. Modern medical equipment is used for surgeries. In each case, the least traumatic procedure will be selected. The clinic’s specialists will help to solve health problems, forget about pain and such a serious ailment as a hernia. 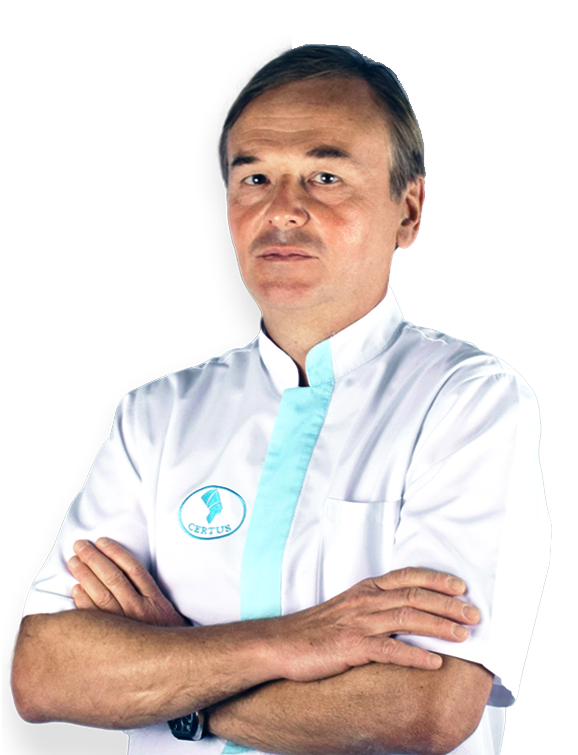 1. General blood and urine tests.
2. Blood test for sugar.
3. Blood type and Rh factor.
4. Coagulogram (blood coagulation).
5. Biochemical blood test.
6. Blood test for the Australian antigen, hepatitis “C”, HIV.
7. The reaction of Wasserman.
8. Electrocardiogram.
9. The conclusion of the therapist.
10. Certificate of fluorography.
11. Ultrasound of the abdomen.
12. Esophagogastroduodenoscopy.
13. For women – a certificate from a gynecologist.