A neck cyst is a benign formation that consists of fluid and denser tissues in a capsule. The tumor is felt as a small, round or oval-shaped lump. Often the cyst is not malignant, it is quite safe and can only be inconvenient in case of complications. In order to prevent overflowing into a malignant seal, experts recommend getting rid of the formation as soon as possible. Now there is a possibility of conducting low-traumatic surgical intervention. Removal of the neck cyst is performed at the Certus Medical Center. Doctors of the highest category do everything possible to prevent complications, and the patient will be able to rehabilitate as soon as possible.

How to recognize a neck cyst in time

The cyst can be seen in the early stages. There are a number of signs that indicate education:

These symptoms do not always make themselves felt. Many of them appear already with inflammation of the cyst.

There are only two types of cysts. They are divided by location. A median cyst on the neck is observed in 40% of patients. Located in front of the neck, approximately in the middle (as the name suggests), or under the tongue.

Lateral cyst occurs in 60% of cases. It appears due to an anomaly of the gill slits, which, with the correct intrauterine development of the fetus, should disappear. Therefore, its location is in front of the sternocleidomastoid muscle, on the sides of the neck. It is dangerous that a person may have from birth, and not make themselves felt until adolescence.

Many experts argue that the prerequisites for the development of a cyst on the neck are laid in the early stages of fetal development. All sorts of abnormalities can occur that do not go away by certain stages of pregnancy. In addition, a swelling in the neck can be hereditary. Those people whose relatives have suffered a neck cyst have a much higher tendency to these benign formations.

If the patient knows about similar diseases among his family members, he should carefully monitor his health and check with a specialist. This will help to detect and eradicate the disease in time. This is especially important if a person has diseases of the circulatory, lymphatic system. Such complications can accelerate tumor growth.

How to prepare for surgery

To get rid of the tumor is possible only with the help of an operation, which can be supplemented with medication. To prepare for the operation, you should undergo the necessary examinations and collect a list of documents.

First you need to go through the diagnostics:

It is worth paying attention to contraindications for surgery: pathologies that directly threaten the patient’s life, chronic diseases. If any life-threatening factor is identified, most likely, the patient will be refused surgery. Also, the patient himself has the right to decide whether to carry out the operation or not.

Before the operation, you will need to pass a number of tests:

You may need to consult other specialists: ENT, gynecologist, cardiologist, etc. In the clinic “Certus” undergo a full preparation test results can be obtained in one day.

In addition to the state of health, test results, the doctor pays attention to many factors before recommending surgery. The age of the patient and the location of the cyst are important.

The process of the operation consists in cutting the tissue and extracting the formation. It is removed along with the capsule. This helps prevent the re-development of the pathology. All this takes no more than two hours.

General anesthesia is used during the operation. After completion, antibacterial and anti-inflammatory drugs are usually prescribed. You will also need to monitor for some time whether it hurts to swallow after the operation.

The rehabilitation period directly depends on the complexity of the operation. The simpler and easier it was, the faster the patient will recover. Usually, rehabilitation lasts no more than ten days. At the same time, after such a surgical intervention, the patient stays in the hospital only for a day. After the operation, a seam remains, but it is cosmetic, almost invisible.

Doctors of the Certus Medical Center will carefully and professionally relieve the patient of a problem with a cyst on his neck so that he can return to his usual life rhythm as soon as possible. 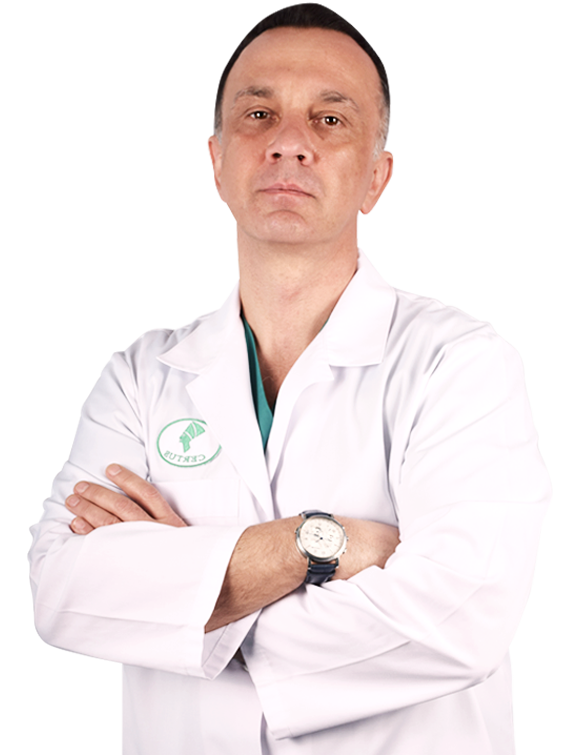 Removal of the median / lateral cyst of the neck

Do you need to undergo examinations or tests before the procedure / operation?

You can undergo laboratory examination before the procedure / operation in our clinic, or at your place of residence.

The operation takes place under general anesthesia, the following tests must be passed:

After the operation, can I stay at your clinic for rehabilitation?

You can spend the postoperative period in our hospital, this service is paid separately – from 100 € to 200 € per day.